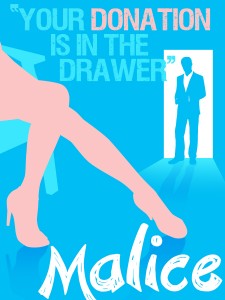 In October 2012, tabloid journalist Lana Burke had a scoop so explosive involving Republican presidential nominee Governor Prescott Richards’ tawdry affair with a prostitute; it could’ve altered the outcome of the election. The lifelong conservative Republican finds herself extremely conflicted covering a sex scandal involving potentially the nation’s first Mormon President. The juicy assignment takes Lana on a wild and dangerous adventure from a desert town filled with sleazy brothels to quiet, Mormon-filled Salt Lake City. Lana’s millionaire boyfriend’s love and support gives her strength during her roller coaster assignment–until her entire world suddenly collapses. Just weeks before the election and days before her deadline, Lana’s scoop is thwarted when she finds herself in a hospital emergency room battling a life-threatening case of meningitis. Lana spends the next few months in rehabilitation and unable to work. Baffled about how she could’ve contracted such a strange, often fatal disease, Lana decided to use her award-winning investigative skills to solve the mystery of her illness. The shocking dark, sexually deviant secrets she uncovered opens her eyes to a grim reality she never could’ve imagined–even in her wildest dreams. Ironically, Lana’s life becomes a worse nightmare than any salacious story she had covered in her ten-year career in the crazy, upside down world of tabloid journalism.