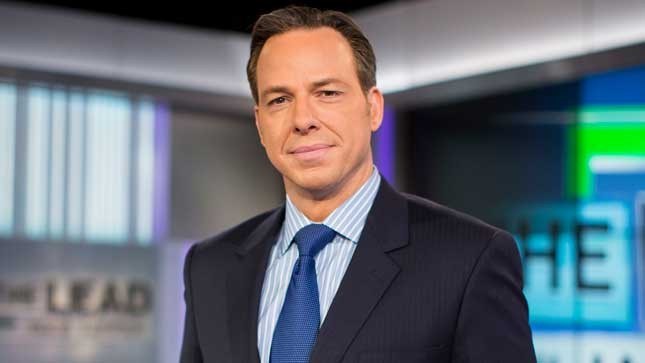 The Democratic Seattle mayor announced Tuesday that he would resign after a fifth victim has come forward claiming he sexually abused him as a child. He is scheduled to step down effective 5 p.m. Wednesday.

Tapper and most of the mainstream media is finally covering this alleged pedophile scandal involving an elite politician at least online. This is a positive revelation considering that under Trump there have been several arrests made involving elite politicians with an almost total blackout in the MSM.

I confronted Tapper about this issue at Politicon in Pasadena on July 29. He told me that they did cover the human trafficking incident in San Antonio; however, he declined to give me an explanation as to why CNN refused to cover the elite pedophile arrests.

When I asked Tapper specifically about Schwartz he said: “I know…I saw that a few months ago.” Then Tapper bolted before I could ask him a follow-up question.

However, CNN covered Murray’s resignation online and Tapper was quick to send out a tweet exposing the horrific allegations made against Murray.

In February, I wrote that Tapper and the MSM will eventually be forced to cover this epidemic:

“The recent pedophile arrests are just the tip of the iceberg and, whether Tapper and his ilk in the MSM like it or not, this story will eventually get so big that they will be forced to cover this horrific epidemic that has plagued our country for too damn long.”

If you are able, please support Liz Crokin’s ongoing fight against child sex trafficking with prayer and by clicking here.