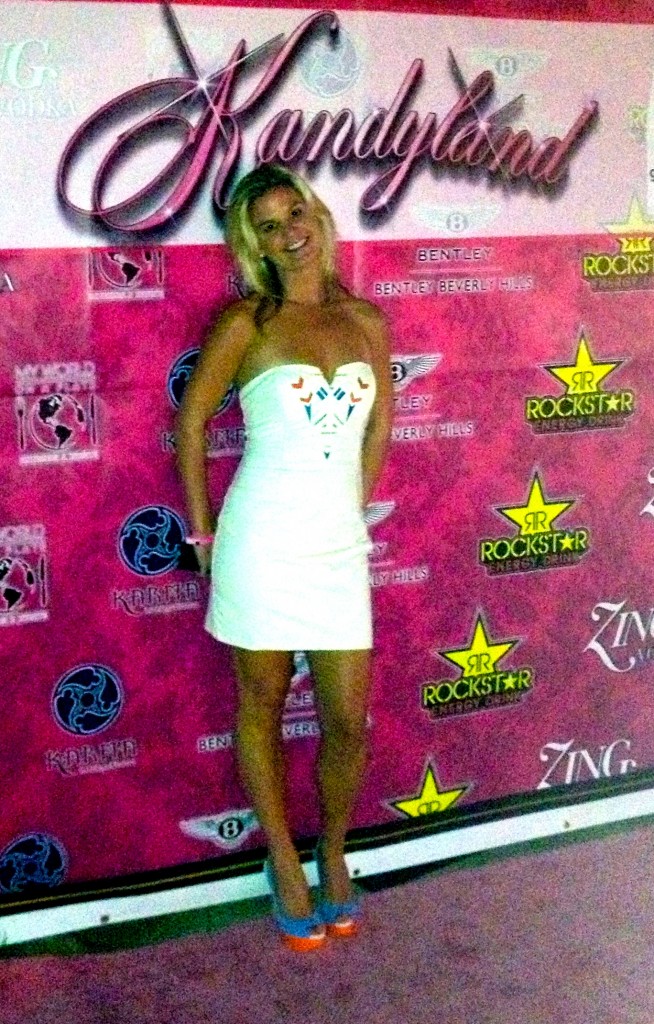 Before I met my ex-boyfriend, I was living a fabulous Hollywood life. I was single, healthy, happy, attended red carpet parties and I had developed a successful six-figure career as a senior editor for an entertainment magazine. I began dating my ex-boyfriend in the spring of 2012 and after six months he completely destroyed the life I had worked so hard to build. On October 8, 2012, I was diagnosed with viral meningitis. My doctors were at a loss to explain how I could’ve contracted the disease. Although my initial test results were negative, my doctors knew there was a chance the meningitis could’ve been induced by an STD that I wasn’t testing positive for yet. It turned out that the cause of my meningitis stemmed from genital herpes that my ex exposed and infected me with. Since he lied to all my doctors and I about his condition, his deceit delayed and obstructed my treatment. This caused the hsv2-meningitis to progress to the potentially fatal meningoencephalitis and left me with brain damage. I’m pursuing civil and criminal charges against my ex, you can read more about my cases here.

The disease left me unable to care for myself and bedridden at my parents’ home in Chicago for weeks. My brain damage handicapped my reading, writing, memory, vision and left me with dozens of various ongoing health problems. As you can imagine, this is highly problematic for a writer. I lost my full-time job because I was unable to work. I later lost my gig as a weekly columnist for a Chicago publication the day my lawsuit went public. My boss called me up and told me the paper “doesn’t want to be associated with herpes”. She told me if I did any interviews about my case, I wasn’t allowed to say publicly that I currently worked for the publication even though I had already filed my next few columns scheduled to run the upcoming Sundays. I didn’t feel comfortable lying about my relationship with the company so I resigned immediately.

On top of that, when I got ill I had recently switched full-time jobs. My old insurance had just ended and I hadn’t gotten new insurance yet. I found myself jobless, disabled, with no insurance and I had medical bills mounting to six-figures. I felt lost, totally helpless and even contemplated taking my life. I was deep in the valley of the shadow of death without a clue how to get out.

I slowly got back on my feet and began to dig my way out of the crater I had found myself in one step at a time. I grew up as a conservative Republican in a right-wing household. I worked on George W. Bush’s presidential campaign and in the Bush White House through the State Department. I’ve never been against social programs. However, I do believe social programs should be a hand up, not a hand out. There are a lot of flaws in government programs, and sadly, many people take advantage of the system. But they do help a lot of people in great need. Due to my situation, I’ve been able to benefit greatly from various government and charity programs. I would not have been able to get out of the mess I found myself in if it wasn’t for these programs. I’m so grateful these programs exist as a safety net for people like myself who find themselves down on their luck in a remarkable situation. I have not been able to work full-time for almost two years now, but I have managed to erase the debt of all my hospital bills and to this day I have never missed or turned in a rent check late. Here’s how I survived:

Unemployment: I went on unemployment for a few weeks. Unfortunately, I was not allowed to receive payment for more than a few weeks because the last full-time job I held didn’t entail a staff position. There are more restrictions for unemployment for people who work on a contract or retainer.

Disability: I spent months applying for California State Disability. Similar to the hospital charity auction programs, I had to fill out a ton of paperwork, submit hundreds of pages of medical records, submit letters from doctors and I wrote letters to disability workers. After months of hard work, I found out I was finally approved for short-term disability. In California, you can receive short-term disability for up to a year. You can apply for permanent disability through the federal government. I’m going through that process now.

Healthy Way LA insurance: Before Obamacare went into effect, another friend told me about free health insurance for Los Angeles residents called Healthy Way LA. I applied for the program and I got approved. There are various free clinics in Los Angeles. The drawback is that you don’t get to choose your doctor and you have to allow yourself an entire day at the clinic if you need to see a doctor because the waiting time is often hours. I’ve met some very kind and interesting people at the clinics, but I’ve found there are a lot of very sick and homeless people at the clinics. I’m very prone to illness so sitting in a germ-filled waiting room for hours in that kind of an environment is dangerous to my health. If someone looks at me the wrong way, I get sick. So I go to my regular doctors and pay out of pocket. However, Healthy Way LA covers all my prescriptions.

Low-income and moderate-income housing: When I got sick I was living in an apartment with high rent. I’m not able to afford my place anymore. However, I discovered that I could apply for low and moderate-income housing. I was shocked to discover how many buildings have fantastic modern apartments in ideal locations in different areas in Los Angeles and the greater Los Angeles area. However, to qualify for the housing programs, your income must be capped at a certain amount. Fortunately, I was approved for an amazing apartment that’s much more affordable than my last place.

I’m so grateful these programs exist and have helped me get back on my feet. I was initially embarrassed to apply for some of these programs, but then I realized that they are for people in situations like mine. I’ve been working and paying taxes since I was of the legal age to work. As I continue to recover, I hope to never have to go on any government or charity program again. My experience though has really opened my eyes to the importance and necessity of some of these programs.

I have conservative friends who have told me that my experience has made them a bigger advocate for social programs. My dad is a gun-toting conservative Republican who never misses a day of Rush Limbaugh’s radio show. He believes the government has completely robbed him with the current tax system that is in place. However, when he saw how I’ve benefitted from these social programs, he told me that it makes him feel better about all the money he believes the government stole from him all the decades he spent working very hard as a businessman to provide for his family. I hope that my experience and knowledge can help other people who have been knocked down, get up and move forward.